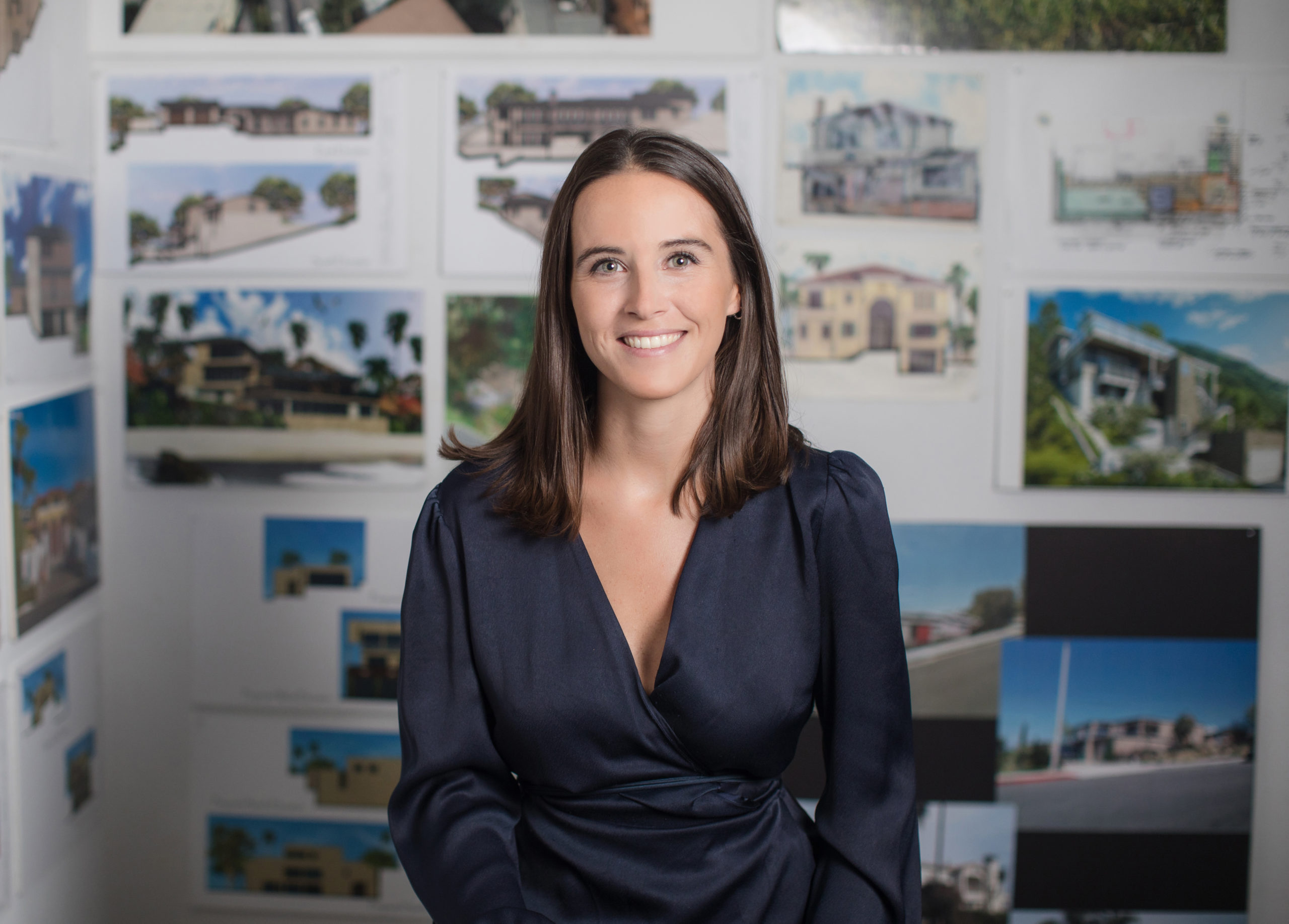 Maureen Scally, was born in Salta, a beautiful province in the North of Argentina. She studied Architecture in the University of Buenos Aires (UBA) and received her degree in 2016. After graduating, Maureen joined Minond + Klotz Architecture Studio, a prestigious and award-winning firm based in Argentina and Chile. She worked as a designer for two high-end residential projects. She was part of the team in charge of the documentation of an exclusive residential and commercial building: Oceana Puerto Madero.

Maureen moved to California in 2018 and joined a boutique and detailed oriented architecture and interior design firm based in Los Angeles, Heusch Inc. In 2019, Maureen moved to Laguna Beach to Join James Conrad, Architects.

At JCA, Maureen is a project Manager where she is in charge of the design and the project management. She enjoys the creativity and the challenge involved in what she does. Maureen Scally is also an artist; she sees Architecture as a way of expression and as the possibility of creating spaces where people can make the most of their living experiences.